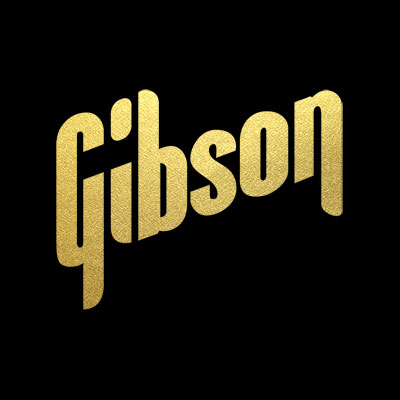 During the ‘70s, especially, no genre of music soared to greater prominence than southern rock did. Drawing from the blues, country, R&B, jazz and many points in-between, southern rock may well be the most authentic expression of rock’s vibrant history. As the Kentucky Headhunters’ Greg Martin points out, the music’s appeal rests in part in how it speaks to the average person. “The southern rock bands took all this great music—blues, country, soul and sometimes jazz-and put it together in a way that made sense,” he explains. “They were writing about things we all understood. [Listening to southern rock] is like putting on an old pair of jeans.” Below, we’ve profiled five southern rock bands that best exemplify the genre’s rich legacy.

Few would dispute that southern rock’s unofficial launch occurred in 1969, with the landmark release of the Allman Brothers Band’s debut album. Mixing blues, jazz and rock into a simmering concoction, the Allmans forged a template from which their southern musician peers would soon draw. Favoring stinging slide work and improvisational jams, the Allmans quickly evolved into one of contemporary music’s greatest live ensembles, as exemplified by their 1971 masterpiece, At Fillmore East. Centered on the dual-guitar brilliance of Duane Allman and Dickey Betts, the music set a new standard for live rock and roll. “They took everything that was good about music—blues, country, soul and rock—and made a nice southern burgoo out of it,” saysMartin. “I’ll never forget the first time I set the needle on ‘Statesboro Blues’ … the slide work was amazing.”

With the exception of the Allman Brothers Band, no group more thoroughly embodied southern rock’s musical philosophy better than Lynyrd Skynyrd did. Echoing country music’s “outlaw” movement, the Jacksonville, Florida-based group espoused southern traditions within the context of hard-edged, searing rock and roll. Fronted by one of rock’s greatest songwriters, in the person of Ronnie Van Zant, Skynyrd further pushed the dominance of the electric guitar as the instrument for making musical statements. Band biographer Lee Ballinger points out that Lynyrd Skynyrd were “the inventors and undisputed champions of the three-guitar attack,” adding that “listening to them is like grabbing a highly charged electric fence.” Classic rock staples such as “Sweet Home Alabama,” “The Ballad of Curtis Loew” and—yes—“Free Bird,” sound as fresh today as ever.

Hailing from Spartanburg, S.C., the country-leaning Marshall Tucker Band became Capricorn Record’s second-most successful act. There was something astral and airy about their brand of southern rock. Fitted with a laid-back vibe, the band’s music was often centered on guitarist Toy Caldwell’s facile fretwork and Jerry Eubank’s beautifully languid flute lines. Much of the group’s early music also boasted a sophisticated jazz component, although of a different type from that of the Allman Brothers.  “Take the Highway” and “Can’t You See” remain staples of classic rock radio, while “My Jesus Told Me So” is one of southern music’s most affecting gospel-rock tracks.

Some may quibble with the application of the “southern rock” tag to ZZ Top, but geographically and style-wise the Texas rockers are dyed-in-the-wool members of that milieu. Through the years, the “little ol' band from Texas” has delivered some of the most low-down, sleazy, southern-fried music ever committed to vinyl. Beginning especially with their third album, Tres Hombres, the trio created a newfangled synthesis of incendiary blues rock and driving Texas boogie—and since then they’ve never looked back. Often playing his beloved “Pearly Gates,” Billy Gibbons has spent the better part of a half-century drawing from a seemingly bottomless bag of southern blues-rock riffs. Small wonder that Jimi Hendrix counted Gibbons among his favorite guitarists.

It’s remarkable that Wet Willie scored just one Top Ten hit—“Keep On Smilin’”--during their seven-year career. Unlike their label mates the Allman Brothers Band and The Marshall Tucker Band, the Alabama-based outfit eschewed extended jams in favor of tight, Stax-flavored songwriting. For seven years, from 1971 till 1978, the group made a series of terrific albums packed with high-octane R&B and simmering southern soul. Fitted with gospel-harmony vocals and stinging funk alongside the occasional laidback country groove, the group’s distinct style should have propelled the band to stardom. “They were a different animal,” notes Martin. “They were southern rock, but they had a lot more soul and R&B in their music than their peers did.”