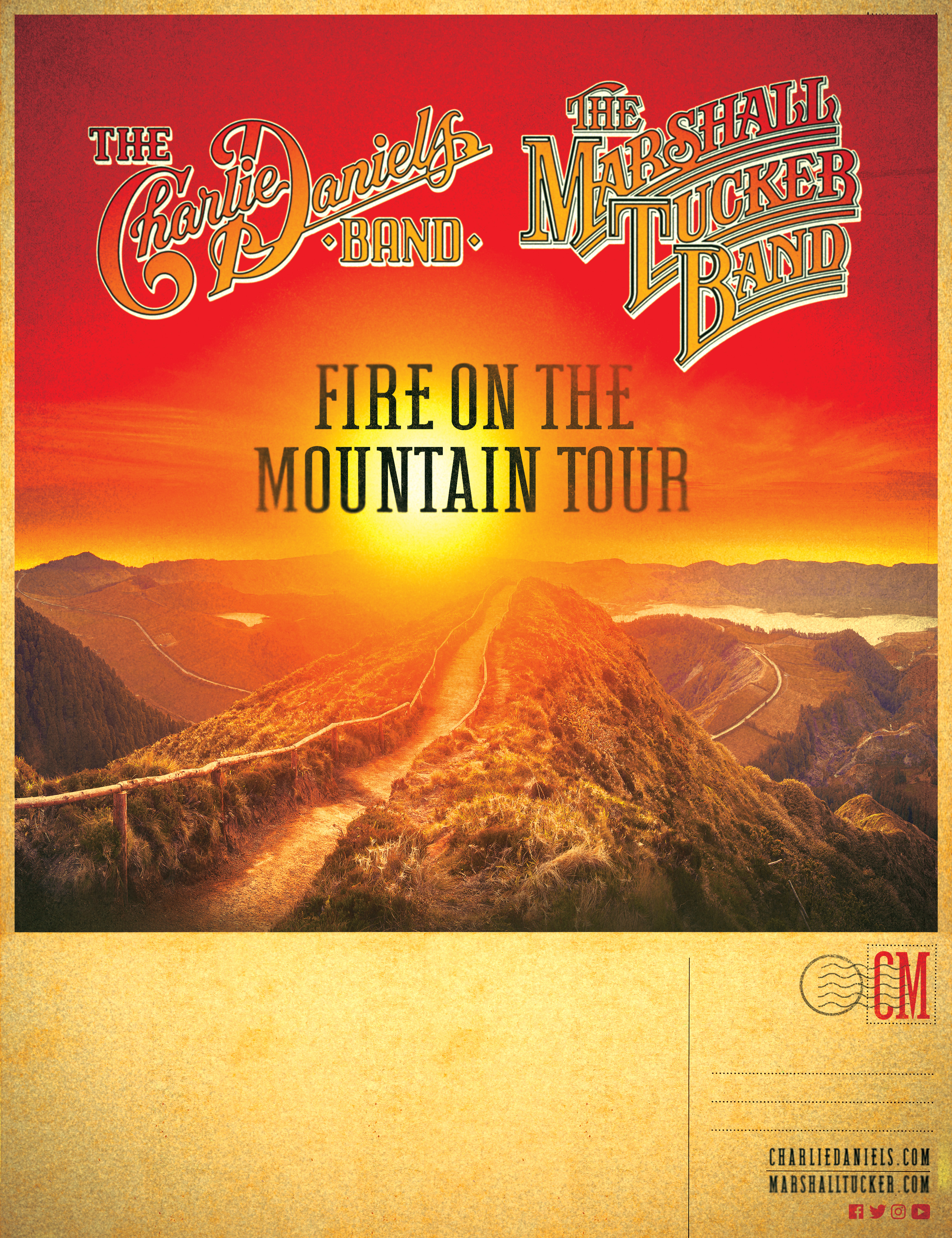 The Charlie Daniels Band and The Marshall Tucker Band are bringing their “Fire on the Mountain” tour to Charleston. The bands will perform at the Municipal Auditorium of the Charleston Coliseum and Convention Center on August 15, 2020.

“The idea of us touring again with the CDB leads to all kinds of possibilities,” says MTB lead singer Doug Gray. “It’s not just about the music, but also the friendships and the reunion with the fans who’ve been with us for many years. We’ll be playing all of our hit songs as well as material from an upcoming re-released vinyl album.”

The bands say the tour’s title is a nod to The Marshall Tucker Band’s 1978 hit song, “Fire on the Mountain,” as well as The Charlie Daniels Band’s 1974 platinum-selling album of the same name.

“We have played more shows with the MTB through the years than any other band and have worked together for over forty years,” adds Daniels. “We have so much history and so many memories and the music is so compatible that when we get together, the audience, CDB and MTB have a big ole southern-style good time.”